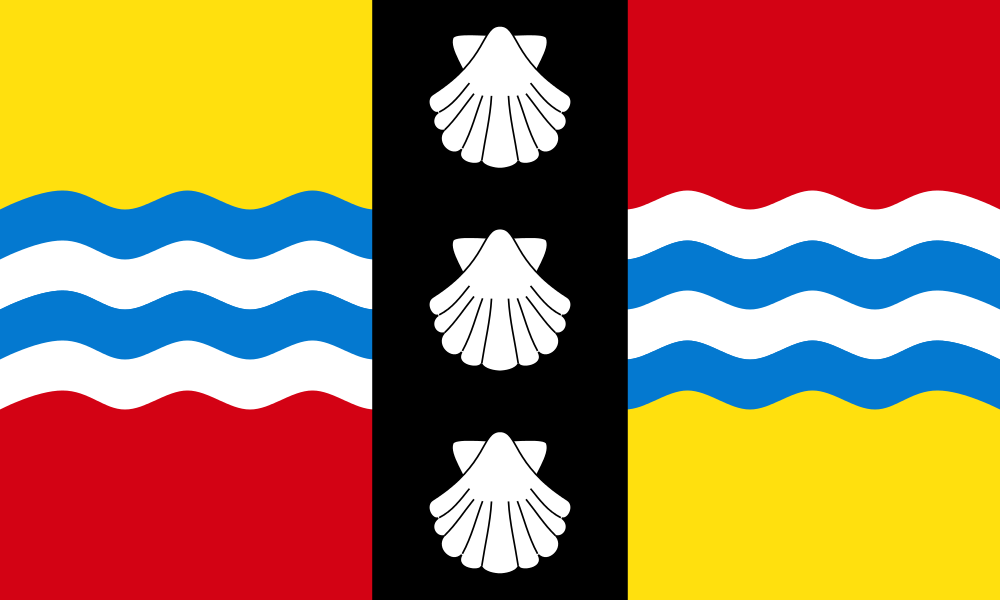 Resident’s may have become aware of a new flag flying at The Coffee Tavern; this flag is the official Bedfordshire Flag. The flag is flown to promote pride and recognition for the county of Bedfordshire.

The flag is made up of three main elements which contribute to the overall design of the flag:

In addition to the flying of the Bedfordshire flag, there is now an official Bedfordshire day, celebrated annually on the 28th November; the anniversary of the birth a local figure, John Bunyan. John Bunyan was an English writer and Baptist preacher, educated at Bedford School. He is best remembered for The Pilgrim's Progress, other authors influenced by John Bunyan include Nathaniel Hawthorne, Herman Melville, Charles Dickens, Louisa May Alcott and George Bernard Shaw. A museum primarily dedicated to the life, times and works of John Bunyan is located in Mill Street Bedford, Bedfordshire.